I’ve been working on my writing my birth story and two days, four pages later I’ve realized it is entirely too long and detailed for a blog.  I’ll give you the condensed version of my pregnancy and birth story.
Greg and I knew we wanted kids and after being married for a couple years we decided it was time to start trying.  A few months later I saw the most beautiful word on a pregnancy test: Pregnant.

I had a wonderful pregnancy, no morning sickness at all! I felt great and even took weekly pictures to document the changes in my body. I even felt like my body was made for having babies.

Fast forward to 39 weeks. I go into labor, then start bleeding and go to the hospital where the monitors detect my baby is in distress.  They continue to monitor the baby, who wasn’t doing well at all. The Dr (who wasn’t even part of my 7 Dr OB group) was fantastic and decided I needed a c-section after breaking my water to find meconium.

I get the c-section and right after hearing “It’s a Boy!” I heard them counting. One. Two. Three. Four times the cord was wrapped around his neck.  They whisked him off to the pediatric table in the room while Greg went with him.  I then heard them saying they had never seen a baby with a nuchal cord times four survive.  Only one person in the room of probably 15 people had seen one survive prior to my baby.  My little Jackson is a survivor!

The nurses and Dr’s also kept talking about my blood loss and the Anesthesiologist next to me seemed concerned. I had lost 1800cc’s of blood and I had suffered a placental abruption (hence the prior bleeding).  I was relieved that my baby was born healthy, despite initially low APGAR scores due to the meconium.

They worked on sewing me back up and Greg only made the mistake once of turning around in the OR to discover my uterus laying on my chest while they cleaned up the mess that was my placenta. When they finished I was sent to the recovery room and met up with Jackson, Greg & my Mom.  I didn’t get a chance to try breastfeeding until about four hours later. Jackson had gone to the nursery to get cleaned up and I feel asleep from all the drugs.  When I finally got the chance he latched on like a pro and it was so natural for both of us.

The experience was scary when looking back at it, but it happened so fast Greg & I just had the opportunity to be thankful. We were blessed with a beautiful healthy boy.  I don’t feel cheated by having a c-section.  Both my baby & I needed it.  He would have died without it. In fact the Dr said he wouldn’t have made it much longer because the cord was tearing the placenta away from the wall and he was in major distress in utero. Every contraction I had was essentially strangling him with the umbilical cord and a vaginal delivery would not have been possible. I was lucky to be fine after hemorrhaging and I even avoided a blood transfusion. I have an enormous amount of gratitude towards the Dr who called the c-section so quickly, I know she saved Jackson’s life.

My five day hospital stay was filled with laughter from friends and family and a ton of bonding between Greg, Jackson & myself.  I loved having him room in with us and never wanted to “send him to the nursery” overnight like many had told us to do. There was no better feeling in the world than to have his tiny body sleeping on my chest. I felt high on life for the entire time.  I’m sure the percocet had something to do with it, but only a little. For the first time, Greg, Jackson & I were a family.

Overall, my son’s birth was an amazing experience.  It certainly did not go how I had planned but I feel blessed to have an excellent medical team that knew what they were doing. Am I disappointed to have missed out on a vaginal delivery? Sure. That was just not in the cards for Jackson & I. The experience taught me that you have to roll with the punches in life.  I’ve learned to be more easy-going and less of a “type-A” person because you never know what is going to happen in life. Just continue to count your blessings and be thankful and remember Life is Good. 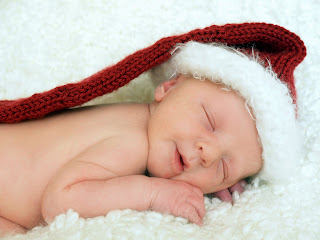 Hi there, are you wondering what is a Baby Gators Den? It's a blog I started in 2009 when I had my first child. I'm a UF Gator Alum, hence the name. I'm Joanna, a mom, wife, business owner, and occasional blogger. Thanks for stopping by!